Race Report Sunday 12th September 2021
Glenn Irwin and the Honda Racing UK team have confirmed their place in the all-important 2021 Bennetts British Superbike Championship Showdown in seventh place, after a solid point scoring weekend at Silverstone's National Circuit, and Tom Neave celebrated on the podium after placing the CBR1000RR-R Fireblade SP on the podium in the Pirelli National Superstock race.

Winning the opening race of the weekend, Glenn wrapped up Round 8 of the series finishing today's races 13th and ninth. Race 3 and the Showdown deciding race was restarted after a red flag on the 12th lap, with the restart as a 15-lap dash. With the grid decided from the positions at the time of the red flag, Glenn was 11th. Dropping back slightly, Glenn dug deep to make his way into the top-ten and crossed the line ninth, to secure a place in the all-important Showdown.

Ryo Mizuno had a strong weekend at his favourite UK circuit, having scored his best finish (12th) in yesterday's race, the BSB rookie finished today's first race just outside the points in 16th place, and wrapped up his weekend in the final race 15th. Suffering a little after his crash yesterday, Takumi Takahashi had a bad start off the line and wasn't able to fully push in today's first race to finish 22nd, with his luck not getting any better in the final race when he was forced to retire due to a technical issue.

Meanwhile Tom Neave kept his championship hopes on-track after taking a closely fought runner-up spot in today's race. Starting from Pole Position, Tom kept the chasing pack at bay for the majority of the race, but it was during the final stages where Alex Olsen was able to catch him. With Tom quicker in some sections and Alex in others, it was a tense battle to the line with Tom taking the runner-up spot 0.326s behind Alex.

The Honda Racing UK team now has a two week break, before the championship resumes with Round 9 at Oulton Park on 24-26 September.

A place in the Showdown was the goal coming into this weekend, I didn't think we would get a race win with the form of Yamaha and Suzuki from the past two seasons here, so to tick that off in Race 1 was amazing. In Race 2 we tried something with the bike and today was a day we could slightly get away with it with the points buffer, so it wasn't too detrimental to us, but it set us up for a nervy last race! I was riding round calculating the points, and 'if I crashed out now would I still have a place in the Showdown'. Today has been an enjoyable day, the Fireblade in Race 3 was a big step from the bike we had in Race 2 set-up wise. To make the Showdown, and go into it with some podium credits, considering we had a difficult start to the season technically, and with an injury, it hadn't been the smoothest of starts this year, but we made it into the Showdown!

It was a very satisfying weekend. Thanks to the team staff, I think I was able to ride the best I could. This was my favourite track and I had a good run from FP1. In Race 2 we had a little trouble and I couldn't improve my pace, but by Race 3 I was able to improve and do my best riding. I would like to thank the team for their hard work. I'm looking forward to the next round at Oulton Park and hopefully we can make the continue to score points! 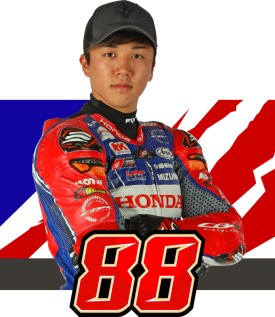 In Race 2 I made a bad start and it was a disappointing end to the race as I was unable to attack some of the corners due to my crash in Saturday's race. In Race 3 I was able to ride for a few laps without any strange feeling, but then I had a problem at the end of the fourth lap. It has been a difficult race weekend for us. I will continue to prepare for next round at Oulton Park. 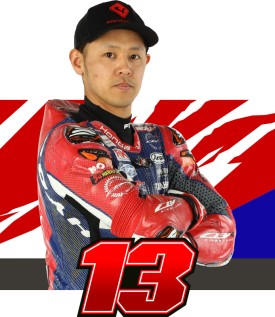 It's been a bit of a tricky weekend and not really the weekend I anticipated. There was 50 points up for grabs this weekend and we've not had a win and we've only lost two points of our championship lead, so really in the grand scheme of things we're in a really good position. We salvaged solid points and we've kept focus all weekend, if a bad weekend is only losing two points then we've done a good job! There's still a long way to go, and I feel sometimes it's important to have a testing weekend to keep us on our toes, keep focused and motivated. A massive thank you to the team and everyone supporting me! 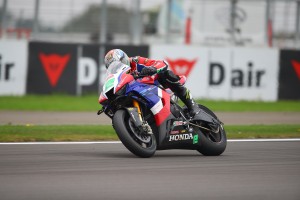