Honda Racing UK and Metzeler together on the Roads

News Friday 6th May 2022
Honda Racing UK is delighted to join forces with Metzeler tyres for its 2022 Roads programme, where in just four days the Honda CBR1000RR-R Fireblade SP will be making its long-awaited Roads debut at the International North West 200, as well as the Isle of Man TT Races (29 May – 10 June).

Honda has a huge legacy on the Roads and is the most successful manufacturer at the TT Races with 189 wins - 65 ahead of its closest rival. Metzeler have also logged many victories on the Roads, and the move sees continuity with four-time NW200 Superbike winner Glenn Irwin, who in 2022 makes his TT debut.

Glenn’s wins at the NW200, as well as at the Macau Grand Prix, were on the Metzeler slick and treaded tyres and this year Glenn and his TT legend teammate John McGuinness will be running the latest generation Metzeler RACETEC™ RR Slick tyres on the Fireblade Superbike, and RACETEC™ RR road legal tyres on Superstock machinery.
Havier Beltran, Honda Racing UK Team Manager commented: "It's an exciting time all-round with the TT Races returning after a two-year break, and with Honda UK back at the helm after nearly a decade, where from 2011-2019 the team was managed by Honda Motor Europe. We have TT legend and Honda stalwart John McGuinness back on Honda machinery as he celebrates his 100th race start, Glenn is also making his long-awaited debut at the Isle of Man TT Races and it's all in the 30th Anniversary year of the Fireblade. The new partnership with Metzeler also brings excitement as we're looking forward to continuing the relationship with Glenn at the North West 200, where he's celebrated success with the brand. Recently we completed our Roads testing, where the guys got to test the tyres and different components, and the whole team came away smiling and looking forward to getting our Roads programme underway."
Jason Griffiths, METZELER UK Racing Manager added: “Metzeler are fully prepared and ready to return to the Road Racing events after the enforced two-year break. To partner Honda Racing UK in what is also the 30th anniversary of the Fireblade certainly adds to the sense of anticipation. Glenn has taken victories at the North West 200 and Macau GP with Metzeler and we look forward to continuing the relationship this season. John is synonymous with the TT and Metzeler are proud to play a role in his 100th TT start. For 2022 we’ve introduced new sizes of the Racetec RR slicks which, together with our Racetec RR range, will be ready to meet the challenges presented by the legendary North West 200 ‘Triangle’ and TT Mountain courses.”
Search 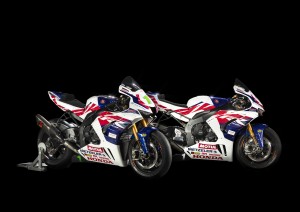